Cinema out of place 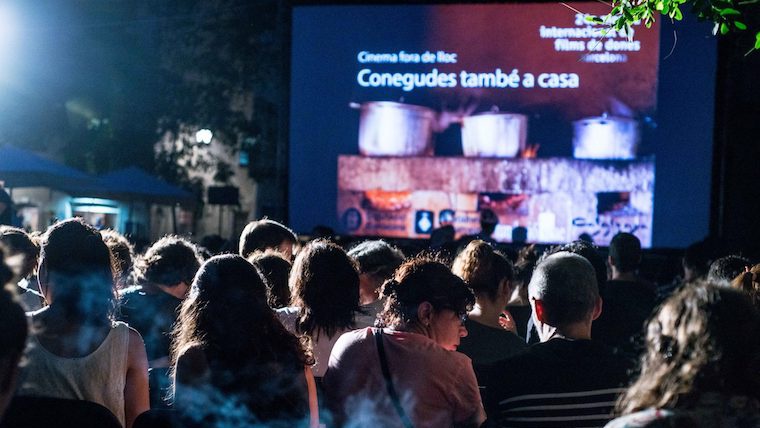 Films. Free sessions without prior registration in various Barcelona locations.

The Summer Festival, part of Barcelona's International Women's Films Festival, begins the month of June with ‘Cinema Out of Place’, a series offering us the chance to enjoy women's films in various city locations.

Benedetta is fifteen years old when a small travelling fair sets up opposite her house. She is fascinated by Amanda, a non-binary girl she meets there, who defies gender roles on a daily basis. Benedetta and Amanda establish a friendship that takes them on a journey of personal growth, liberation and empowerment.

Every winter, Mengqi Zhang, a Chinese dancer, choreographer and film-maker, returns to KM 47, her father and grandfather's home town, where she has filmed all her new projects.

Short films, out of place

‘Women in the Struggle’, by Margareta Hjelm

A documentary produced in 1976 for public television, in which eight anti-Franco Spanish women explain the experiences of their struggle against the Franco dictatorship, resistance against the Nazis, the communist and feminist struggle, the union and neighbourhood struggle.

One documentary and four fictional stories make up the winning selection of the ‘2022 Feminine Short Films’, an annual competition for short films directed by women, launched by TRAMA - Coordinator of Festivals featuring films, videos and multimedia work directed by women. In the presence of the directors.

These sessions are free of charge and do not require any reservation.