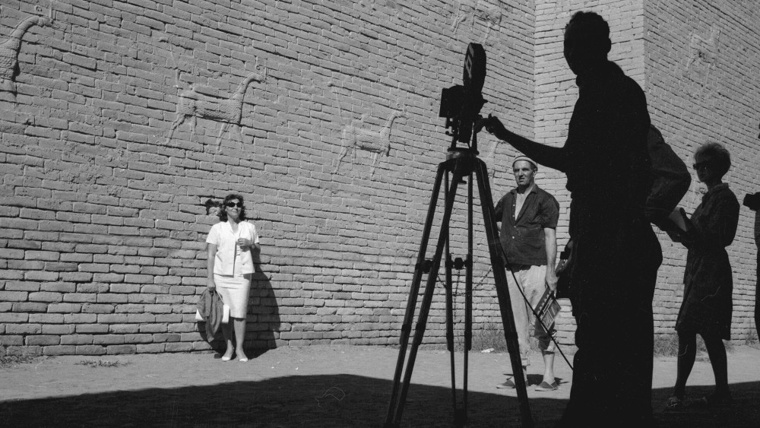 Exhibitions. The most extensive monographic exhibition that has ever been dedicated to the late Iraqi photographer Latif Al-Ani.

After gaining independence from the Ottoman Empire —at the end of the First World War— and the British Empire —after the Second World War—, Latif Al-Ani was not deterred by the tensions in Iraq between a religion set against sacred naturalist images and the tolerance of the Anglican church in regard to icons —similar to the Catholic church—, all at a time when photographic images were disseminated in the graphic press. He was not the first Iraqi photographer —the Ottoman sultans who ruled Iraq were keen on photography—, but he was undoubtedly the most important one.

His photographs portrayed a country, its capital Baghdad and a society which was relatively unaffected by civil wars and invasions, the fall of the monarchy —in 1958—, estrangement from Soviet influence —at the end of the 1980s— and the growing influence of fundamentalism after the Second Gulf War, the subsequent civil war and the terrorism of today.

These are images of a city, a culture and a society that may have only existed in the eyes of the photographer. Latif Al-Ani worked for the Ministry of Information and the Iraqi news agency, for the Iraqi Petroleum Company's illustrated magazine, documenting the industrialisation of the country, sometimes using aerial views, unconnected to reality on the streets, —and the misery that plagued the city—, seeking images that coincided with the dreams and aspirations of a society that achieved independence after centuries of Ottoman and British domination.

Latif Al-Ani portrayed a society that was becoming more urbanised, without forgetting its traditional ways of living and doing things, which were losing ground to the rapid changes taking place. He made use of irony, showing the first affluent foreign tourists, alien to the country, posing in front of ruins from the past, turned into a decoration or a hunting trophy.

When Saddam Hussein came to power, after a series of coup d’etats and assassinations, and the devastating war between Iraq and Iran in 1980, Latif Al-Ani was banned from taking photographs in public places. His name and his work disappeared, along with his archives —and the public archives that conserved the publications illustrated with his photographs — which disappeared during the bombardment of Baghdad in 2003.

However, some were saved, after a donation to the Arab Image Foundation in Beirut, by the Moroccan photographer Yto Barrada, an admirer of Latif Al-Ani.

Latif Al-Ani died in November 2021, but his figure re-emerged after a retrospective exhibition at the Venice Biennale in 2015, revealing an image of Baghdad and Iraq that is often forgotten, or unknown, and breaking away from the image of the city and country we have today.