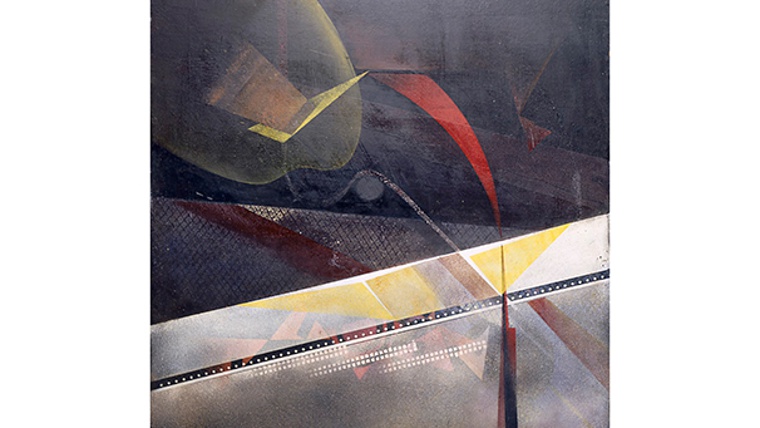 Exhibitions. Paintings and poems by Felícia Fuster to mark her centenary.

The Arts Santa Mònica centre marks the centenary of the birth of Felícia Fuster with an exhibition of her poems and paintings, specifically from the series Abstracció lírica, Plurivisions i Haikús visuals.

The display also features contemporary interpretations of the work of Felícia Fuster.

ACTIVITIES RELATING TO THE EXHIBITION

Poet and visual artist Ester Xargay offers a poetic video-action installation based on the artwork of Felícia Fuster. The selection of images offers us a return trip which fully engages us with the poem EL VERB EL VENT, by Felícia Fuster. A 3D animation of the words and letters of the poem fuses with images, as if the images became the body and skin of the words and letters.

Performance cycle on the paintings of Felícia Fuster

The artwork of Felícia Fuster, particularly from her later years, was influenced by the study of Japanese language, literature and traditional art, as well as a 49-day visit to the country which would end up transforming her artistic and poetic language.

This session seeks to trace the steps in this process of transformation from its origins, based on the translation of   Poesia japonesa contemporània (1988), carried out by Felícia Fuster with Sawada Naoyuki, through to the work by Tanizaki Jun’ichirô  Elogi de l’ombra (1933), to finally see if this key literary work had an influence on her artistic stage.