“On colours, gestures and transformation” 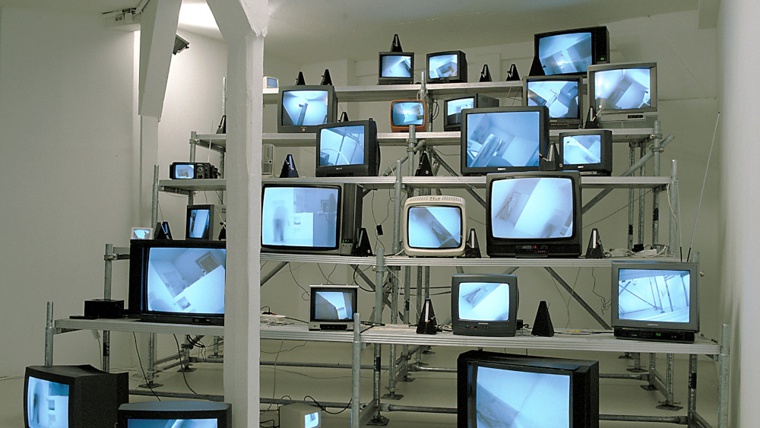 Exhibitions. Andreas M. Kaufmann explores the role of technology in the construction of linguistic, sensory and ideological perceptions.

A large number of the projects carried out by Andreas M. Kaufmann (Zuric, 1961) explore the role of technology in constructing linguistic, sensory and even ideological perceptions.

However, far from recreating them in their most obvious forms - in one-way interaction, in games that deceive or confirm what is being observed, in the wonders generated by certain devices-, the artist investigates quite the opposite, that is, he studies the extent to which there are forms of technological expression that interrogate themselves by betraying the grammatical elements of which they are comprised, they become a vehicle of simplicity, a course that connects the interfaces and their rearguards.

A proposal on use rather than poetry, a production of meaning rather than a declaration of intentions. This is how we might consider the role of the device in the works of Kaufmann, who to all this adds a certain playful vision mixed with positionings that are not exempt from political irony.

Because, in effect, when the machines “speak”, when they shun their nature as gadgets, they simply announce the anachronism that is characteristic of them, that characteristic that enables them to inhabit various times simultaneously. Although, on the other hand, would this simultaneous nature not be the most inalienable condition of a work of art, that which distinguishes it from science or history?

On colours, gestures and transformation is an exhibition featuring three different projects: the installation  13 Blind Men Walking (2021), the electronic sculpture  Public Monument:  Carlos (1998-1999) and the work in progress  Innocent Colors.

This is a triptych which examines, respectively, the processes of dislocation of the visual and auditory coordinates, the systems of collective attention in public space, and the antagonistic relationships between information, propaganda and photography.