‘Clotilde Cerdà/Esmeralda Cervantes, a woman ahead of her time’ 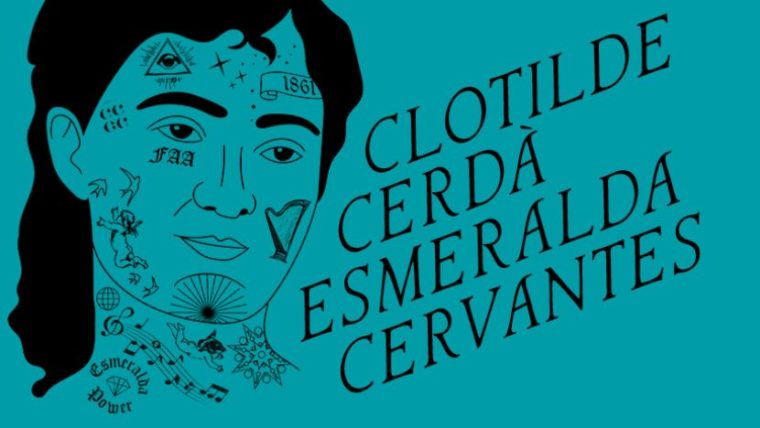 The exhibition ‘Clotilde Cerdà/Esmeralda Cervantes, a woman ahead of her time’ recovers the memory of this extraordinary harpist, composer, writer and women’s rights activist who stood up for the most exploited sectors of society. She was committed to eradicating the forms of violence of her time: war, imperialism, slavery and capital punishment.

The exhibition reconstructs the story of Clotilde Cerdà/Esmeralda Cervantes (Barcelona,1861 – Santa Cruz de Tenerife, 1926), the daughter of the planner Ildelfons Cerdà and the painter Clotilde Bosch. The display uses international news stories, letters that have been recovered, and especially an album kept by Clotilde and her mother and which was acquired by the Biblioteca de Catalunya in 1999. This 76-page album contains photographs, visiting cards, correspondence, programmes and press clippings.

Firstly, the exhibition gives us an insight into the thriving existence of Clotilde Cerdà i Bosch (and her alter ego Esmeralda Cervantes), shaped by the fact she was a child prodigy. She made her debut when she was just 12 years old, under the baton of Johann Strauss II at the 1873 Universal Expo in Vienna, and went on international tours, forming links with people in positions of power. Secondly, it shows us her tireless efforts to make the world a better place as an activist and as the creator of institutions, texts and musical scores.

In 1885, Clotilde Cerdà realised a project in Barcelona which she had been planning with her mother for years: the creation of the Esmeralda Cervantes Academy of Sciences, Arts and Trades for Women, an institute that provided training in these areas aimed particularly at working-class women.