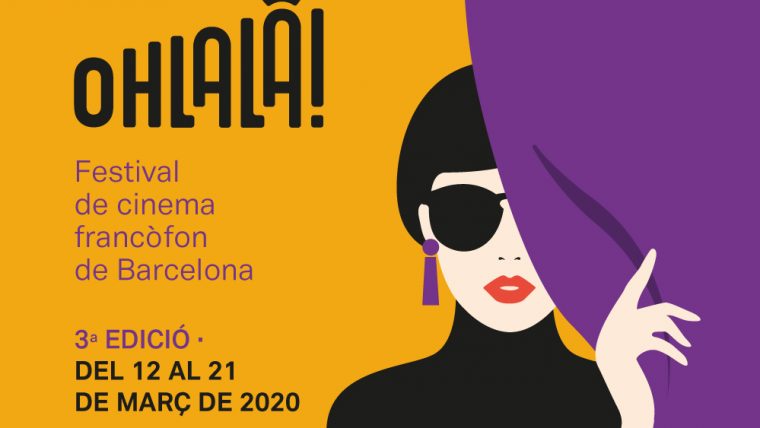 The third edition of Ohlalà!, Barcelona’s Francophone film festival, is a chance to discover 23 films, most  of them never shown in Catalonia and hailing from various French-speaking countries such as France, Belgium, Switzerland, Canada, Algeria, Morocco and Tunisia. The films will be shown at the Institut Francès, the Filmoteca and the Sala Phenomena.

These are recent films, some of which have received nominations for the latest edition of France’s film accolades, the César Awards, or been shown at festivals such as Cannes, Berlin, San Sebastian and Locarno. The films include powerful and charming stories about the family, society and the world of work, where engaging portraits of men and women fighting for freedom continue to stand out.

The festival also offers a retrospective devoted to the French actress Nathalia Baye, the patron for this third edition, who besides offering a masterclass will be present at various festival events. There will also be discussions with the guests: Nathalie Baye; Mounia Meddour, director of Papicha; Sarah Suco, director of Les éblouis; Roman Bohringer, director of L’amour flou – Un acuerdo original, and the directors Antoine Russbach (Ceux qui travaillent) and Phillippe Rebot (L’amour flou – Un acuerdo original).

All films will be subtitled in Spanish or Catalan.