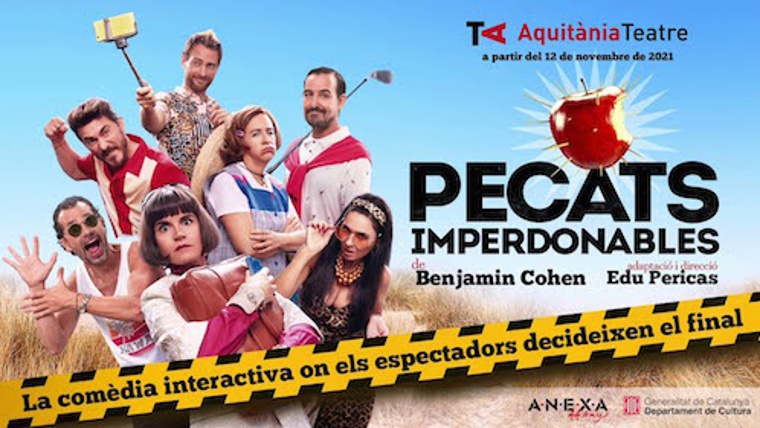 Interactive comedy-thriller, where audiences choose the ending by voting with their mobiles.

Packed with suspense, this comedy-thriller has its characters reveal the misery of the human existence, through their sins. The show is based on a text by Benjamín Cohen, ¨Sin perdón por los pecados" which was a big box-office hit in its time in Panama.

The work presents the story of a family business in the Ebro Delta area which, because of the mistakes made by the second generation, collapses and becomes insolvent. After the death of the founder of the business, the family decides to meet up and, what is supposed to be an act of reconciliation, becomes a deathly battle where everyone defends what they believe falls to them.

An interactive comedy, emulating the new trend in interactive films appearing on the Netflix platform ( Black Mirror: Bandersnatch), which has been such a hot topic on social networks, this play enables its audiences to interact live as well to influence the development of the comedy and decide its ending. They can vote using their mobiles for the ending they prefer to see that day; there are three possible endings that it gives to the play's three possible final dramatic developments.