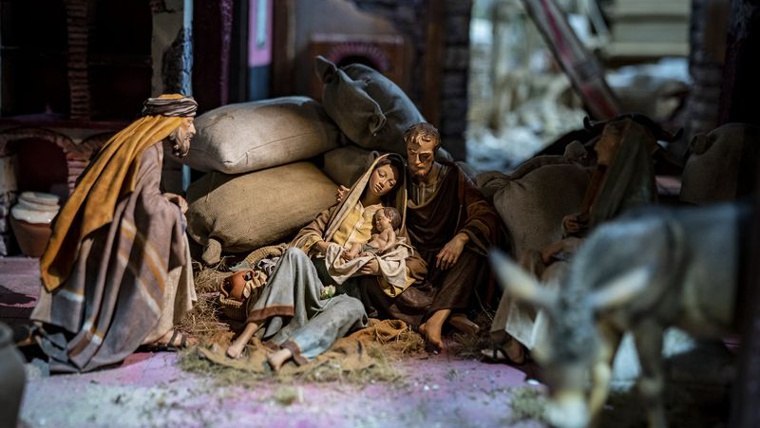 The Barcelona Nativity Scene Makers Association will once again surprise us with the most traditional nativity scene in the city, this year set in an idyllic valley in the Catalan Pyrenees and Pre-Pyrenees.

The birth of Christ, the annunciation to the shepherds and the arrival of the Three Wise Men are some of the many scenes that will be represented in a setting that’s full of fascinating detail: the landscapes, villages, flora and fauna, and the customs of the Pyrenees.

The custom of representing the birth of Jesus during the Christmas season is a tradition that is deeply rooted in Catalonia. The traditional nativity scene is made from plant-based materials such as moss, cork and butcher's broom. And of course it features the baby Jesus in a cove or stable, which serves as the centre piece of the scene, and the annunciation and the Three Wise Men, that complete the story of the Christmas Mystery.

The nativity scene might also include other scenes and characters: the washerwoman, the woman spinning wool, a fisherman, shepherds bearing gifts for the baby Jesus, and so on. Some of them are anachronistic, such as the chaplain with an umbrella, the hunter, etc. and of the whole range of characters, one stands out for its singularity: the caganer, or the ‘pooper’.

So if you’re in Barcelona over the Christmas period, come along and visit the traditional nativity scene!

A symbiosis between Roman Barcelona and today’s Barcelona is this year’s theme.